Thousands and thousands of people visit the Great Falls Historic Site every year, to view the beautiful  scenery. While these folks enjoy the view, occasionally their eyes settle on the small crumbling smokestack protruding from the trees at the base of the falls. Though little more than a few scattered shells, these ruins are actually the remains of one of the most historic manufacturing facilities in the history of Paterson.

The history of the Patent Arms Manufacturing Facility goes back to 1836, when Samual Colt built a new four story factory building at the base of Paterson's Great Falls. The grounds originally held a failed nail factory operated by Colt. After a few decades of service the facility was demolished to make way for the new gun factory. . 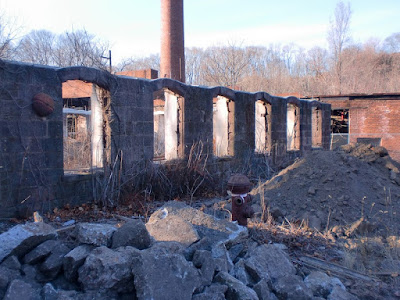 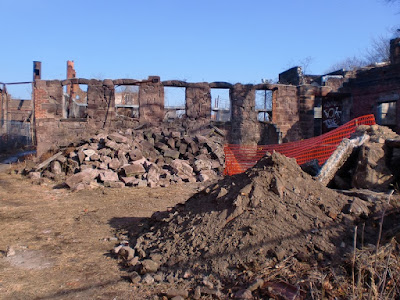 Not only was the building the first facility in which the Colt revolver was manufactured, it was also the first silk processing plant in Paterson. The silk mill was operated out of vacant mill space by Samuel Colt's brother Christopher in 1838. Silk would go on to be the main export of Paterson throughout its Industrial Age. 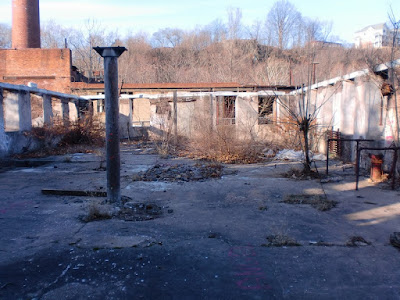 Thee silk mill was quickly abandoned by Colt, who locked up the facility with everything intact. It would be another year before the space was leased to a new company. The new operation was overseen by John T Pyle. In the early 1840's, three new buildings were added to the facility, to accommodate future productions. 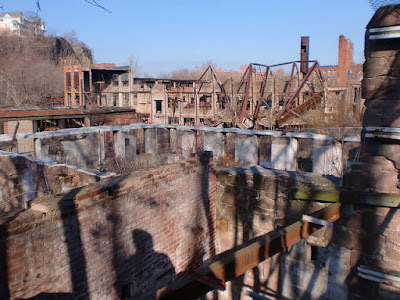 By 1842, the gun mill closed. Colt decided to move production further up north. Operations silk mill expanded. The facility faltered once, having to be shuttered and completely restructured, but before long the mill was back up and running. Over the next few years, much of the factory had been aquired by Mr. Pyle, who had started as a manager only a few decades earlier. 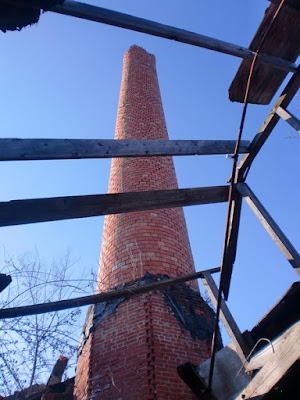 The facility would go on to see more expansion in 1846, when a new dye house built on western portion of property. Here, the fabrics spun in the main bull buildings were colored. It would function as such for several decades. In 1870, the dye house was occupied by a man named Albert King. He used the building for a few different purposes, and then later the building was used by Joshua Mason when he invented the"Mason Radiator". 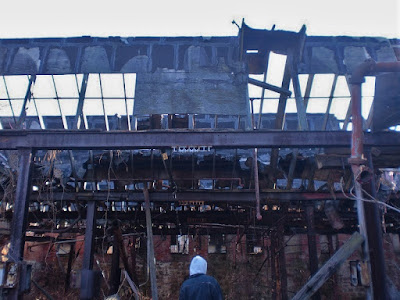 One day in 1887, John Pyle passed away. The factory and grounds would continue to remain in the hands of the pile familiy. The facility continued for a number of years to produce silk and other fabrics. Roughly four decades later, the property would leave the Pyle familiy's  hands, and the facility was purchased by "Allied Textile Mills". 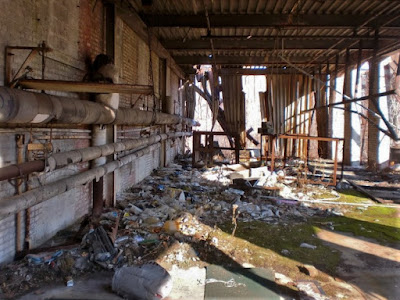 Allied textile mills would proceed to build several large factory buildings on the property, including a new power plant and a sprawling new manufacturing building. During the new building they considered the history of the existing mill building, but eventually decided to demolish several of them. However, the original 1836 building would remain standing. 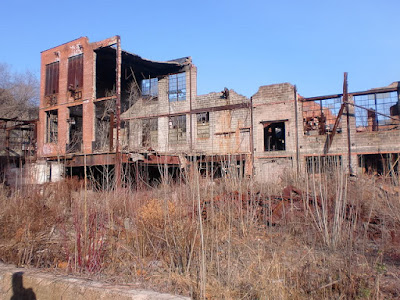 In 1976, the Great Falls was designated a national historic landmark. The facility would continue to be used as Allied Textile Mills until 1983, when the facility was vacated. The site was largely abandoned and fell into serious disrepair over the years. The buildings were commonly used as shelter by the many drug users and homeless folks of Paterson. Decades of disuse brought the 1836 building almost entirely to the ground. The future didn't look good for the site. 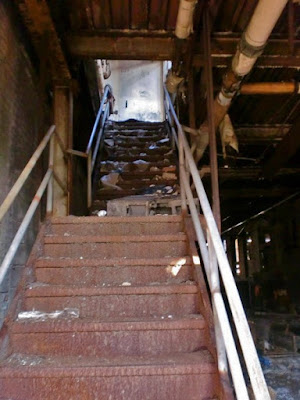 Then, in 2010, work began to stabilize the historic buildings. The original 1836 building was painstakingly rebuilt using existing original stone from the site. The property received further good news in 2015 when it was announced that the facility was to be included in the historic state park, which will include a walking path dedicated to the industrial heritage of the site. While many of my write ups end with bad news, this historic mill facility isn't going to meet the same fate as so many other historic  treasures in this state. While only a small step, this a great sign for the future of historic preservation in NJ. 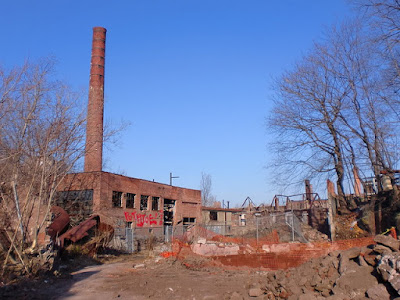 Posted by EsseXploreR at 6:20 AM

The story of New Jersey's second lunatic asylum goes back to 1871. After spending countless hours scouring over 40 locations all over no... 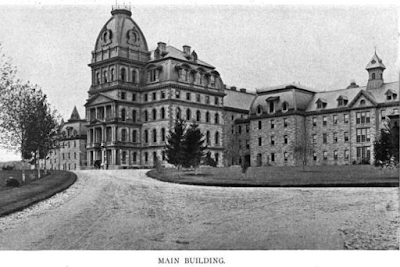