The history of the Arthur Brisbane Child Treatment Center in Farmingdale, NJ goes back to the early 1900's. Mr. Brisbane was a well respected newspaper editor and journalist. Born in Buffalo, New York, he spent his entire career digging up stories and telling them through various well known outlets. In 1907, he purchased the deserted land that was once the Howell Ironworks to build his new dream home.

He also built a tuberculosis hospital for children known as the "Howell Preventorium" In the 1920's, after construction on his home was finished, Mr. Brisbane began restoring the old ironworks which dated back to the 1800's. Upon his passing in 1936 the land was again disused, but in 1944 it was donated to the state of New Jersey and it became Allaire State Park 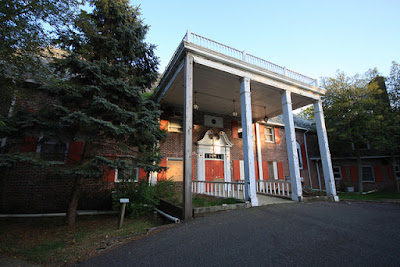 Though it was originally meant to house U.S. military veterans, the Brisbane mansion would instead undergo renovations to become a psychiatric hospital. In 1946, the children's unit of nearby Marlboro State Hospital moved to the facility which operated as a satellite campus. However. Just one year later, the Arthur Brisbane Child Treatment Center became it's own separate entity. The new hospital was the first in the state specializing in the treatment of children with psychiatric issues. 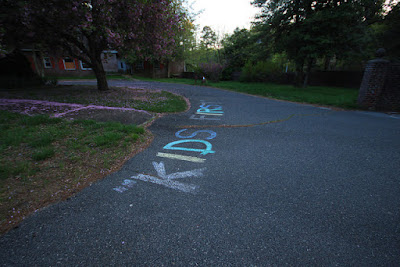 The hospital origianlly operated mainly out of the mansion, but a large new school building was built in 1972. Not much else had been reported of the hospitals early history, but by the 1980's the state of adolescent psychiatric care in New Jersey was the subject of severe turmoil. In 1986, the Slocum V. Perselay litigation was filed, alleging the death of a minor at the Trenton facility stemmed from a culture of over-drugging and physical abuse rampant at developmental centers and psychiatric hospitals across the state. These patients, mostly children under the age of 18, were warehoused inside understaffed and overcrowded buildings. They were rarely allowed adequate time to recreate in fresh air, which only served to agitate the underlying conditions which brought them to treatment centers in the first place. The "State Plan for the Establishment of Regional Psychiatric Programs for Seriously Mentally Ill Children and Adolescents" designated the Brisbane Center as overflow for other nearby children's psych hospitals in 1987. The Brisbane Center now treated children ages 11 to 17 with "acute" psychiatric disorders. By 1988, the adolescent Unit at Trenton State Hospital closes, due to Slocum V. Perselay litigation. 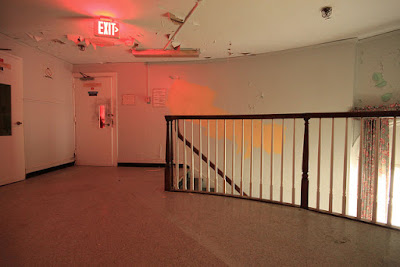 In 1989, the Brisbane Center underwent a mandated evaluation. The results were depressing. Staff were observed intimidating patients on several occasions. Several children suffered injuries due to improperly implemented and outdated restraint devices and methods. The admissions ward, meant to hold 40 children, held roughly 80 in outdated conditions. There was no infirmary on the campus, only dormitories and a school. Patients were not separated based on the severity of their disorders, which led to a grim environment for those with mild disabilities. The separation of patients was not just a recommendation. It was a court order that was being blatantly ignored. Because of this, several violent altercations between patients were recorded. The overall consensus was that Brisbane should be closed like the unit in Trenton. 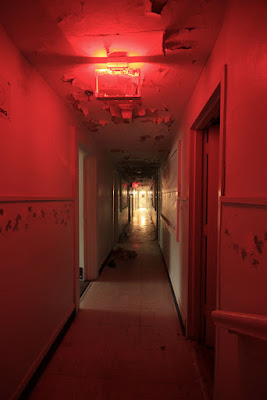 The formal recommendation to close the Brisbane Center came in 1990 by Dr. Robert M. Friedman. In addition to the list of complaints observed during the prior years evaluation, he described the hospital as not having an adequate layout for either a hospital or a group home type setting. He noted the state children's hospital system as being "over centralized and fragmented". He also pointed out that the conditions required to be met for admission were much more expensive to treat in home like settings, so the only option was to dump them in the terribly overcrowded hospitals. This contributed to many of the problems the hospitals were facing. The state admitted the issues with the facility and began their own management team for Brisbane.. 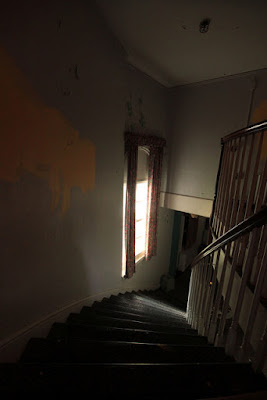 A follow up investigation of the Brisbane Center in 1991 showed several areas of improvement. It seemed that the cries of advocates had not fallen on deaf ears. However, there were still several persistent problems as well. Brisbane was still responsible for both short term and long term care, on a campus that could barely support either properly. The hospital was still operating without a specific goal or mission. This contributed significantly to the mismanagement of the hospital. 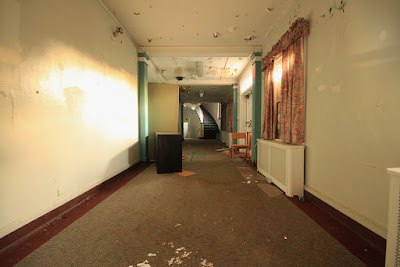 The hospital was once again under fire in 1997, when an exit sign broke and leaked radioactive Tritium into a portion of the main building. The staff did not dispose of the sign properly, but rather threw it away with the regular medical waste, This was done intentionally despite frequent warnings from several veteran staff members. The director claimed that they were over budget on contamination cleanup and couldn't afford the proper disposal. 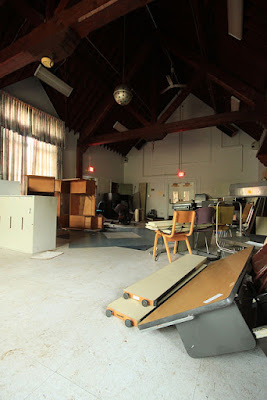 The rampant abuse projected on the patients at the hospital came to a head in the first few days of 1998, when a patient named Kelly Young was killed after being physically restrained by a staff member of the hospital. After making a phone call to a family member, Kelly became visibly upset. Nobody knows what was said on that phone call, but we do know this was the last time the family ever spoke to Kelly. After being denied another call, Kelly was even more upset. The head nurse left the room to get Kelly some medicine for menstrual cramps, and one of the two social workers had left to get dinner. This meant the only person available to try and calm Kelly down was a male social worker that was much larger than the young girl. He ordered Kelly to sit down, but in her emotional frenzy she was hesitant to do so. Instead of following the proper protocol, which involved calling for help and administering several methods of non violent intervention, Youth Worker Nelson Williams grabbed Kelly and immediately attempted to put her in the controversial "Basket Hold". He forced her to the ground, then dragged her back to the chair where she was sitting. Due to his sloppy execution of the hold, Kelly wasn't calming down, but rather struggling for her life. The second social worker returned, and he immediately called for backup. Before they could get there, however, Youth Worker Stoll grabbed the young girls legs while Nelson Williams restrained her. By the time backup arrived, Kelly had already lost so much oxygen during the struggle she began to turn blue. She was put on life support at a nearby hospital but was taken off and pronounced dead on January 5th, 1998. The staff was heavily criticized for ignoring proper protocol, but none of them were ever forced to be accountable for the murder. They even went so far as to tell the family that Kelly "choked on an object". The only thing that came of the incident was that Nelson Williams was fired several months later. 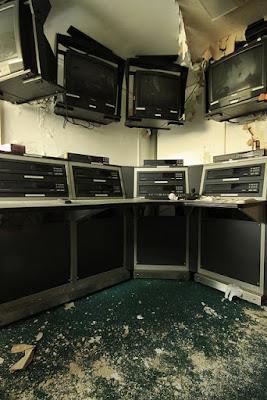 The "Basket Hold" was the go-to technique for forcing patients into compliance at Brisbane. The technique was supposed to be reserved for instances where the patient was an immediate harm to themselves or others around them. It was a last resort method for when all other measures failed. However, just a few years earlier, the facility was instructed to stop using mechanical restraints on the patients. Since the ban on mechanical restraints took away the staffs easiest option for control, the next easiest was forced submission through the basket hold. The State Department of Youth and Family Services received an influx of abuse reports from the facility in the late 1990's. Almost every instance was the result of the psychical restraint procedure applied by the staff. Even more chilling, it was observed on several occasions that the outbursts that landed the children in the basket hold were actually provoked by several staff members. They would bully the children, and then punish them for being upset by it. 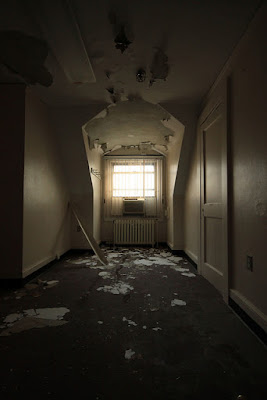 Following the murder of Kelly Young, several changes were forced upon the small hospital. A new method of psychical restraint was mandated, called the "Handle & Care" hold. Staff was no longer, for any reason, allowed to use the basket hold. The staff was also no longer allowed to be verbally aggressive toward the patients. Finally, the hospital promised to hire over a dozen new workers, both orderlies and psychiatrists. However, the reports of abuse never completely went away. A few months after the Young incident a patient had their arm broken while being transported in the "Handle & Care" hold. 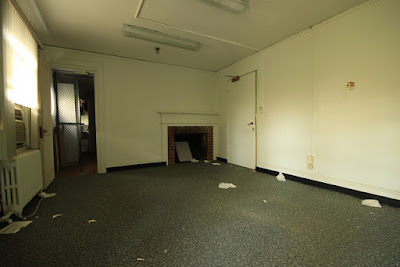 It wouldn't be long before the extensive deinstitutionalization movement occurring across the country would hit home for the troubled facility. The decision to close the Brisbane Center came about in the summer of 2004. It was acknowledged that although the center filled a critical need for the state, the staff refused to adapt the new mandates designed to keep patients safe and that the closure was in their best interests. 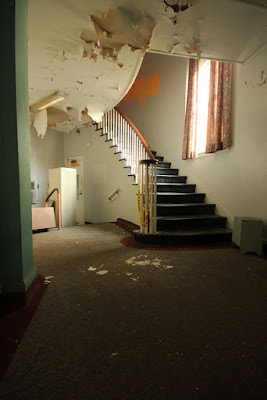 The Brisbane Center officially closed in 2005. The fourty patients that the center was still serving went to developmental centers and private home environments in some cases. The complex sat empty, but used as storage for a number of years. However, in late 2015, a news article ran about important files being left in an unsecured building on the property. This was a common practice in many vacant hospital buildings on the east coast. The abandoned Sanatorium in Passaic County had an entire forensic lab left behind, which included physical evidence and photos of hundreds of crimes. This was eventually all just tossed in a dumpster when the building was demolished. The Overbrook and Greystone hospitals also had record vaults with documents dating back to the 1800's. 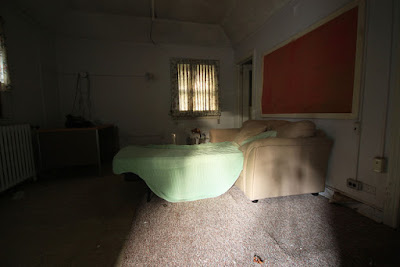 The mansion was entirely destroyed by a fire on May 30th, 2020. Demolition equipment was brought in after the flames were extinguished to ensure there was nothing hazardous left standing. Considering this was the only historic building on the campus, as far as I'm concerned the Brisbane Center is gone. 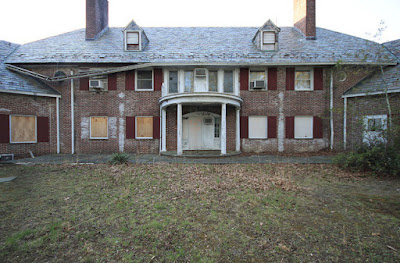 While Mr. Brisbane would probably feel great dismay towards the tragedy that enfolded on the property that was once his dream home, I can't help but feel that he wouldn't want these stories forgotten as they have been. He would want everybody to know about it. We can look back on the history of the Brisbane Center and use it to improve conditions at our current psychiatric hospitals and developmental centers so these types of incidents never repeat themselves.
Posted by EsseXploreR at 10:52 AM

Of all the hospitals I've written about for this blog, I've never been more intimidated to tackle a story than I was for this one. F...